Welcome * Benvenuto * ようこそ * Accueil * Bienvenida
The International Cable Protection Committee (ICPC) is dedicated to the sharing of information for the common interest of all seabed users. ICPC represents all who operate, maintain and work in every aspect of both the telecommunication and power cable industry. All areas of this site are available for public viewing except for the Members area which is reserved for administration of the ICPC.

Call to Action to Protect Cables During COVID-19 Pandemic
The International Cable Protection Committee (ICPC) calls on governments and industry to facilitate and expedite the deployment, operation, and repair of submarine fibre optic cables during the COVID-19 pandemic in order to protect increasingly important broadband Internet connectivity and the governance, health, education, and commerce activities that depend on such connectivity.

About the ICPC
ICPC has been representing the undersea cable industry since it was founded in 1958 with the vision to be the premier international submarine cable authority, providing leadership and guidance on issues related to submarine cable security and reliability. The ICPC provides a forum in which relevant technical, legal and environmental information is exchanged among its international members.

ICPC News
Read about ICPC's involvement within the submarine cable community as well as learn about its activities and global outreach within the industry.

The ICPC has more than 170 MEMBERS in over 60 COUNTRIES and has the vision of being the premier international submarine cable authority through providing leadership, knowledge and guidance on issues related to submarine cable security and reliability.


LYMINGTON, United Kingdom—The International Cable Protection Committee (ICPC) is pleased to announce its public launch of a bi-annual, marine-focused newsletter titled “Submarine Cable Protection and the Environment.” The publication—written by ICPC’s Marine Environmental Advisor (MEA), Dr Mike Clare—is a new and timely reference for all seabed users, the science community, and the general public who share the same vital goal as the ICPC—safeguarding submarine telecommunications and power cables worldwide. Exclusive to ICPC Members only, access to an historical archive of more than 200 issues of an “Environment Update” publication are available on-demand, but now the “Submarine Cable Protection and the Environment” publication is being made available twice a year to the industry and public.

ICPC General Manager Mr Ryan Wopschall stated, “Having Mike’s expertise on staff truly benefits the ICPC and its Members, but we also acknowledge his thorough research can benefit the broader submarine cable industry, other marine users and stakeholders, and the wider public. Mike has written articles that not only get readers to think about the importance of the marine environment in our local daily lives, but also provides insights into the sustainability and resiliency of global submarine cable infrastructure and its critical role in our world today.”

ICPC has always been committed to understanding through peer-reviewed research the relationship between the behaviour of external factors and human activities and how the submarine cable industry operates within the marine environment. This publication promotes a forward-thinking scientific research approach and considers current and historic topics of relevance to the marine environment.

Active in the ICPC as a member-company representative and speaker since 2010, Mr Wopschall brings to the organisation deep knowledge and experience regarding protection of submarine cables, which provide more than 97 percent of the world’s Internet, data, and voice connectivity. With 14 years of experience in marine survey, cable route engineering, and project implementation, he has worked on numerous projects in over 20 countries. Mr Wopschall has presented many times at prominent industry conferences and holds a B.Sc. in Engineering Geology, plus a post-graduate certificate in Business Development and Management. He replaces Mr Keith Schofield who stepped down from the role on 1st July.

Commenting on his new appointment Mr Wopschall stated, ‘I am very excited to have been selected by the ICPC as the new GM and look forward to working with the Executive Committee (EC) and its Members and advisors. We are in evolving times and that gives the ICPC the challenge and opportunity to evolve as well. I look forward to listening to the valuable guidance of the Members as well as providing leadership and growth to this global organisation.’

In his role, Mr Wopschall will work closely with the EC, its legal and environmental advisors as well as lead the Secretariat team ensuring the ICPC’s goals and initiatives are carried out while maintaining the vision of the organisation and promoting the importance of safeguarding submarine cables worldwide.

ICPC Chair Malcolm Eccles, welcomed Mr Wopschall stating, ‘On behalf of the organisation, we are very pleased to have Ryan on board. Having been involved in previous ICPC initiatives and outreach in the past, plus a vast background in the submarine cable industry, he is a great asset to the ICPC and its membership.’ 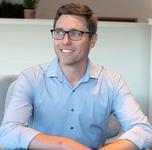 About Rhodes Academy. Each year, the Rhodes Academy brings together approximately 50 mid-career professionals from around the world to study and learn from leading ocean law and science scholars, judges, and practitioners about the law of the sea and its key legal instrument, the United Nations Convention on the Law of the Sea (UNCLOS). It is organised by a consortium of research universities and institutes, led by the Center for Oceans Law and Policy at the University of Virginia (COLP). Due to the COVID-19 pandemic, the Rhodes Academy’s twenty-fifth session in 2020 was cancelled, but the ICPC and Rhodes Academy decided to proceed with the writing competition, with the organisational assistance of the Centre for International Law at the National University of Singapore. For more information about the Rhodes Academy and the writing competition, visit: https://colp.virginia.edu/Rhodesacademy.

The Award. Each year, the winner will receive either guaranteed admission and a full scholarship (covering the attendance fee, travel expenses, and shared hotel room) to the Rhodes Academy, or for a Rhodes Academy graduate from a prior year, a cash award of £4,500. The winner will receive assistance from the Rhodes Academy in seeking publication of the winning paper and will also be invited to speak at the next ICPC Plenary meeting. The papers of all past winners have been published in peer-reviewed journals.

View Cableships of the World

Ocean Currents - The world of submarine cables The ICPC - Keeping the world connected The Catch that Nobody Wants (1973) Curie: A look inside Google’s International Private Subsea Cable

Cables and the Marine Environment - From Ocean to Cloud