You are here : Home > Information > Learn about > Timeline History 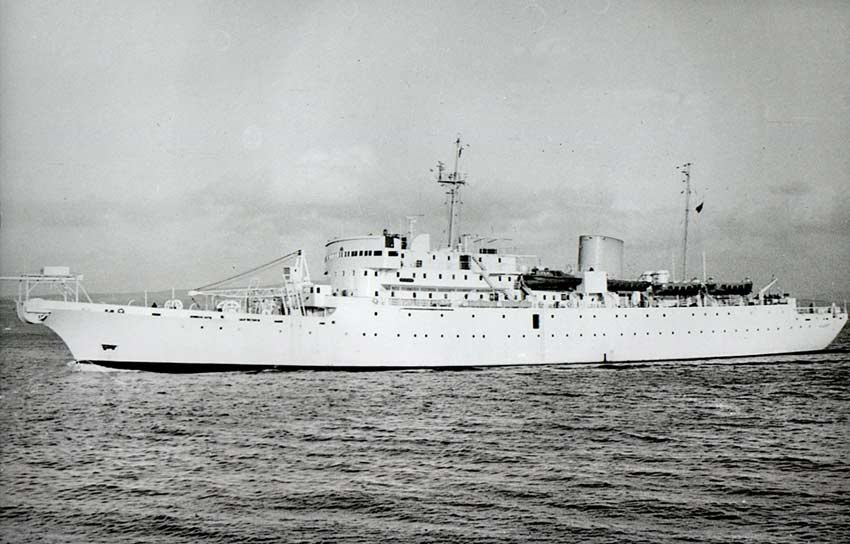 CS Alert - British Post Office
This item was sourced from the archives of the Telecom Digest. They were both responses to the question from Donald E. Kimberlin "Does anyone know the date of the first undersea cable between the USA and Europe/UK?" posted to alt.dcom.telecom in 1994. They are a in permanent file in the Telecom Archives /history sub-directory.

The answer is about 1870. The first trans-Atlantic cable was run between Ireland and Newfoundland in 1856-57, and signals were passed along it on 16 August 1857, but it was operated at voltages too high for the insulation it used and it failed a month later.

The first successful cable was run along the same route in 1865-66, and worked until 1877, by which time several other cables had been run. One of those, laid in about 1870, ran from Brest in France to Duxbury MA, and would be the first between the USA and Europe. These were all telegraph cables, of course. (This info from the 1910 Encyclopaedia Britannica.)

The first trans-Atlantic telephone cable, TAT-1, was laid in 1956.

here's a cronology of Telegraph, Telephone and Radiotelephone, the three services reaching across the Atlantic before the 1960 Echo satellite. Any good history of each service will have more details.

1844 - Samuel Morse demonstrates "Morse code" -- but this is the old version, where a number is assigned to each possible word. Alfred Vail helps him later with a "variable-length letter code".

1845 - General Oceanic telegraph Co. Registered in NYC to link Europe and North America (was this just another stock swindle?)

1847 - Gutta-percha (an inelastic latex) is discovered. It serves as a reliable insulator in water (reliable, but not great capacitance). 1849 - England to France telegraph cable goes into service -- and fails after 8 days. 1850 - Morse patents "clicking" telegraph.

1868 - First commercially successful transatlantic telegraph cable completed between UK and Canada, with land extension to USA. (Lack of repeaters & cable capacitance in insulation restricted the cable to 2 words/minute -- signalling speed was inversely proportional to square of length, per Lord Kelvin's prediction. A "siphon receiving" mechanism raised that rate to 20 WPM in 1870. Even 2 WPM beat the next fastest method; 10 days by steamship.) Also, Werner Siemens patents a keyboard perforator for Morse code.

1874 - Baudot invents a practical Time Division Multiplexing scheme for telegraph. Uses 5-bit codes & 6 time slots -- 90 bps max. Rate. Both Western Union and Murray would use this as the basis of multiplex telegraph systems.

1880 - Oliver Heaviside's analysis shows that a uniform addition of inductance into a cable would produce distortionless transmission. (It would be 40 more years before Bell Labs devised a practical method of producing uniform inductance -- "permalloy" magnetic ribbon spiral winding around a conductor. This would permit 400 WPM on the New York-Azores Western Union cable in 1925.)

1877 - Bell attempts to use telephone over the Atlantic telegraph cable. The attempt fails.

1915 - USA transcontinental telephone service begins (NY-San Francisco). (Used 2500 tons of 8 gauge copper on 180,000 poles, with loading coils every 8 miles. Three vacuum tube repeaters were initially used -- by 1918, that was increased to 8 repeaters. In 1920, all loading was removed and 12 improved repeaters installed. This resulted in doubling of the bandwidth (to 3 kHz), halving of the loss and a 3.5-fold increase in propagation speed. The reduction in echo was very obvious.) (A 3-minute call was $20.70) 1921 - Key West-Havana cable begins service, using continuous loading via "permalloy" wrap and a blend of rubber and gutta-percha.

1928 - Design of a continuously-loaded Newfoundland-Ireland cable begins, as a joint AT&T-British Post Office project. The planned loss was 165 dB over 1800 miles. It used 4 layers of Perminvar tape for loading. Manufacturing in Germany began in 1930. The Depression caused all work to be abandoned. By the late 1930s, submerged repeaters and multiplexing promised more circuits at the same cost.

1949 - "SB" submarine cable developed by AT&T, using polyethylene + 5% butyl rubber dielectric. The cable was made up of a core of several dozen steel wires, covered by a copper tube, then about .2 inches of dielectric and another copper tube, covered by a plastic jacket and armour.

1956 - June 4, "Monarch" leaves Oban to lay the other cable (these are uni-directional repeaters). Final splice at Clarenville, August 14. All links and channels were tested within 6 weeks. A total of 102 repeaters were needed on the main cables. Connections at the North American end: USA (29 circuits of the 35 originally available) White Plains, NY (via L1 coaxial cable) to Albany, NY or West Haven, Connecticut Albany/West Haven (via K-carrier) to Portland, Maine Portland (via TD-2 microwave) to Sydney Mines, Nova Scotia Sydney Mines (via BPO underwater cable) to Clarenville. Canada (6 circuits) Montreal (via carrier on cable and open wire) to Saint John, New Brunswick St. John (via TD-2 microwave) to Sydney Mines (as above). Sept. 25, 1956 at 11 am EST, Chairman Craig of AT&T calls Dr. Charles Hill, Her Majesty's Postmaster General. This initiates the first long-term transatlantic telephone service, using the TAT-1 cable. [In 1966, after ten years of service, the 1608 tubes in the repeaters had not suffered a single failure. In fact, more than 100 million tube hours over all AT&T undersea repeaters were without failure.]

1920s- Catalina Island telephone service to mainland via radio system. Replaced by cable in 1923 so frequencies could be used for broadcast. For 6 weeks, a "privacy" system was tested, using inverted sidebands and a "wobbling" carrier. Later systems used 4 or 5 "bands", re-ordered before transmission. Some bands were inverted. The band arrangement was changed a few times per minute, in synch. 1921 - British "Marconi Co." offers 3 MHz calls between England and Norway.

1929 - HF radio begins commercial transatlantic service (2 circuits!). Transmitters in Lawrenceville, New Jersey and Rugby, England; receivers in Netcong, New Jersey and Baldock, Hertfordshire. (Calls used which ever radio system was working "best" at the time. By 1931, HF was the choice 80% of the time.) 1930 - HF radio service begins to Buenos Aires.